Meson releases can be downloaded from the GitHub release page, and you can run ./meson.py from inside a release or the git repository itself without doing anything special.

On Windows, if you did not install Python with the installer options that make Python scripts executable, you will have to run python /path/to/meson.py, where python is Python 3.7 or newer.

The newest development code can be obtained directly from Git, and we strive to ensure that it will always be working and usable. All commits go through a pull-request process that runs CI and tests several platforms.

Packing Meson into a zipapp

After downloading the release, you can create a standalone single-file executable for Meson by running the script:

Meson is available in the Python Package Index and can be installed with pip3 install --user meson. This does not require any special privileges. This will install the package in ~/.local/, so you will have to add ~/.local/bin to your PATH. If you are using Meson only for local development this should be all you need.

If you need to install your project in system directories, this approach will not work as executable installed in this way are not available when sudo is used. You can install Meson so it can be used by every user with sudo pip3 install meson. It is generally not recommended to do this, but instead use the version provided by distro packages.

If you must install Meson with sudo pip3 make sure to uninstall any distro version first. Having multiple versions of any program in system directories can lead to problems.

Installing Meson and Ninja with the MSI installer

We provide an MSI installer on the GitHub release page that can be used to install both Meson and Ninja at once for Windows. It also contains an embedded copy of Python, so scripts that use the Python module and do not have any external dependencies will continue to work as expected.

Please note that this is a new feature, so bug reports are expected and welcome!

In the most common case, you will need the Ninja executable for using the ninja backend, which is the default in Meson. This backend can be used on all platforms and with all toolchains, including GCC, Clang, Visual Studio, MinGW, ICC, ARMCC, etc.

You can use the version provided by your package manager if possible, otherwise download the binary executable from the Ninja project's release page.

When installing Python 3, it is highly recommended (but not required) that you select the installer options as follows: 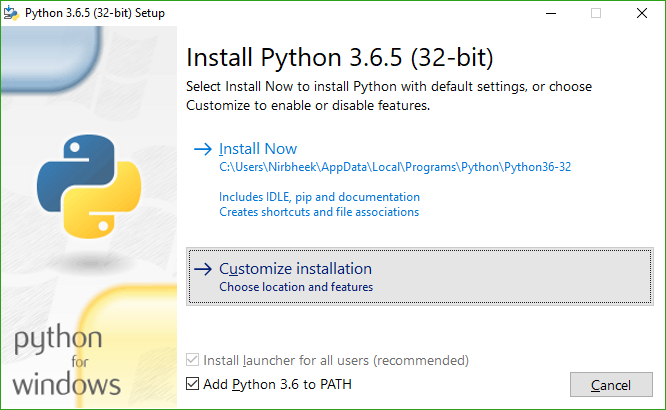 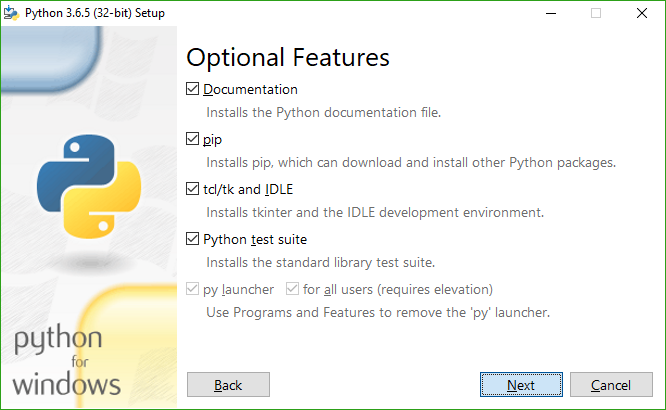 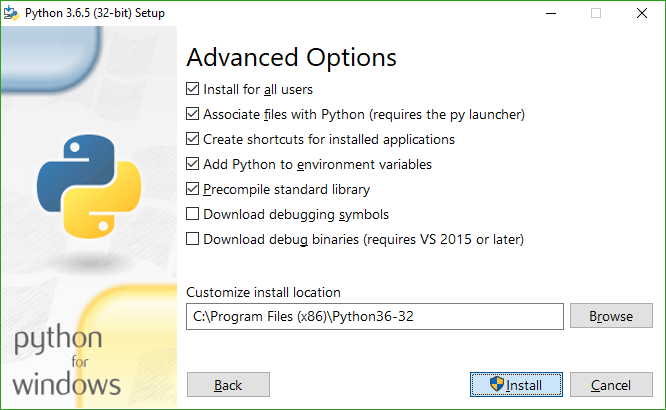 With this, you will have python and pip in PATH, and you can install Meson with pip. You will also be able to directly run meson in any shell on Windows instead of having to run py -3 with the full path to the meson.py script.

If you are using MSYS2 on Windows as your development environment, please make sure that you do not use the msys/python package to provide Python 3. Use either mingw32/mingw-w64-i686-python3 or mingw64/mingw-w64-x86_64-python3 depending on which MinGW target you are building for.